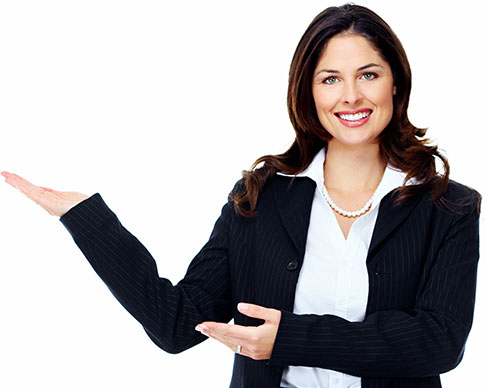 Franchise India is Asia's largest integrated franchise solution company since 1999, is the absolute authority on Franchising, Licensing, Retailing and Real Estate. Franchise India was also the first company to introduce and develop the franchise market consulting in India and has been completely focused on Franchise Ecosystem for the past 16 years and will continue to do so. The company has serviced over 1100 brands across 5 continents covering various sectors.

We at Franchise India offer Business Advisory, Property Advisory as well as Financial Advisory to an investor base of 300,000 across more than 231 cities in India alone. In the last 15 years, FIBL has helped thousands of investors in selecting the right Franchise and, in turn, assisted more than 500+ International and National Brands for franchise expansions. Knowledge, Opportunity, Network and Success are the hallmark of our operations. 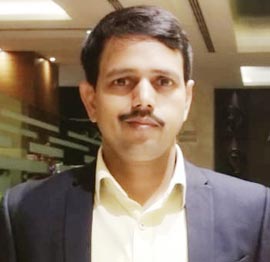 Mr Santosh Kumar is having more than 17 years of experience in Industry and has made significant contributions in the area of Business Development, Product Designing, Business Planning & Portfolio Management. He has worked in senior positions in companies which are market leaders in the industry and comes with a rich experience of Client Servicing with Customised Solutions, in widely varying domains. 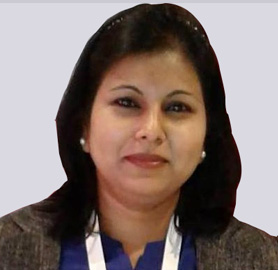 Ms. Sonia Panwar has nearly 15 years of experience in Financial Research, Business Modeling, Valuation, Mergers & Acquisitions and building Strategic Partnerships. At Franchise & Equity India, she handles a portfolio of 40 brands incl. Start-up ventures and SME businesses. She has worked at strategic position with the leading Malaysian Conglomerate Astro Malaysia Holdings Bhd. and assisted in multi-million M&A deals including JVs in Media, Real Estate and Consumer Segments. She has been managing the operations and involved in business turnarounds, re-vamp and re-launch of brands besides being responsible for risk management. In her stint with British Telecom and First Rain Financial, she has worked on Financial Analytics & Intelligence platforms.

She graduated in Economics (Hons.) from The Shri Ram College, Delhi University with a Sanwa Bank of Japan Scholarship and is a Gold Medalist in MBA Finance & IT from FMSIT, Hamdard University. She loves to paint and is a professional artist and also a freelance blog writer. 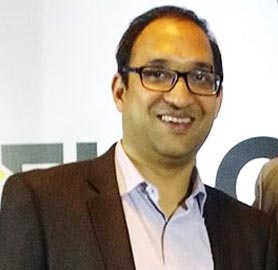 Mr. Pawan Lohea is a Chartered accountant having more than 15 years of experience in Accounting, Finance, Costing & Budgeting, Business Planning, MIS, Taxation, Secretarial and legal. He has worked in leadership positions in companies like YMS Mobitech , AskmeFin, AskmeBazaar, Continental Carriers, Indiabulls and 99labels. In his previous roles, he has led finance, accounts and commercial and has introduced several initiatives in helping businesses in the decision making process. Pawan exhibits a keen understanding of business priorities and has managed highly effective teams throughout his career. Through various strategic initiatives, he has contributed to business generation and revenue generation.

Pawan Lohea is a qualified Chartered Accountant from Institute of Chartered Accountants of India (ICAI), which he did in 2001, and Master in Business Finance in 2013 and having thorough knowledge of GST . He is a result-driven finance executive with rich exposure in the field of Finance, Accounts and Taxation. Throughout his career, Pawan has worked across challenging environments and emerging markets. His hobbies are playing Badminton and Cricket and exploring new places. 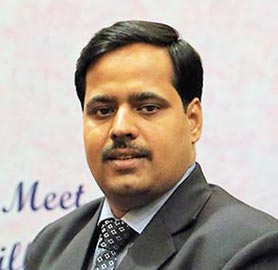 Mr Reetesh Shrivastava is having more than 15 years of experience in Financial Services Industry and has made significant contributions in the area of Business Development, Product designing, Business Planning & Portfolio Management. He has worked in senior positions in companies which are market leaders in the industry and comes with a rich experience of client servicing with customised solutions, in widely varying domains. 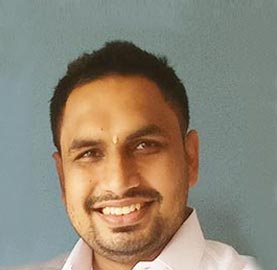 Mr. Nikesh has worked in financial service industry for more than 10 years catering needs of clients from different sectors in terms of fund arrangement and business consulting. His passion for helping the business to grow by providing requisite knowledge transfer led him to earn a good name in corporate world. His specialty includes nurturing start-ups, business structuring and making business scalable and saleable.

He is a regular speaker at various national forum for business and professionals. He is qualified Chartered Accountant, Masters in Commerce, Masters in Finance from NL Dalmia Institute and Certified Digital Marketer by MSME(GoI).

Gaurav Marya (40) is India's Leading Franchise and Business Growth Expert and a highly successful serial entrepreneur. Today he is widely known for causing the franchise & Small Business revolution in India. Gaurav embarked on his entrepreneurial journey at the young age of 23 after completing his B.E. and gained Business experience in diverse sectors where he created and sold successful commercial enterprises in sectors of mobile phones, career advisory, restaurants to entertainment Business etc. Recognizing his ability to be able to take business to the next level and making it scalable and process driven in a short time, He found "Franchise India" in 1999, which is today regarded as India's largest integrated Small Business, franchise ,Licensing, retail & real estate solution company. Under Gaurav's Leadership, Franchise India has grown exponentially. With a team of 700, 40 offices and outreach in 300 towns and cities, the Group touches more than five million individual entrepreneurs, impacting more than 2,50,000 businesses. The media division organizes 300 conferences and expositions across 100 cities in India, and in the Middle East and Sri Lanka. It publishes 4 magazines, reports and books that have both wide circulation and critical appreciation. It's franchise business website attracts 264,000 unique hits every month. The consulting, business brokerage and investment support division serves 2,500 brands and over a million investors. Valuable collaborations include a tie-up with Francorp, a leading global franchise consulting companies based in the US and Bradford Licensing LLC, one of the top 20 brand licensing agencies worldwide.

Gaurav is regarded as India's foremost Business specialist and has consulted over 2000 Large and small corporations in India and international markets in making informed decisions about their Business Growth. He has consulted leading corporates like Reliance, Essar Group, Videocon, Landmark Group, Tata Steel, Unilever India, Levis, 3M, HP, ITC, TVS and Mahindra Retail where he works with CEO’s and Senior Leadership teams to align and chart out growth blueprints. He has also consulted many local and regional businesses all over India, which are today India's retail and consumer brands .Gaurav is also regularly called upon to advise International Businesses in countries like London, UAE, Kuwait, Jordan, Thailand, Nepal, Sri-Lanka, Bahrain in carving their growth plans.

He is highly admired for his non-conformist operating style, confrontational style of management and aggressive marketing business tactics, which also comes forth in the books he has authored including the Bestseller book in franchising "The Science of Reproducing Success", in which he has culled his years of experience in franchising and has sold over 20,000 copies. He has also penned "Take Charge", a Book on Building entrepreneurial and change mindset for achieving Business Growth and is the highest selling business book on Indian stands today. His third book "It Takes Two to Tango" gives insights into making a customer connect in Changing India.

He sits on the Boards of several organizations as an Adviser and Director and also been retained by several Private equity funds with an interest to invest in Business Projects. He has chaired several Global Business Forums on Franchising and Retail in India,USA, Australia, Russia, Paris and London. He is regularly quoted by the press in Leading Dailies and Business Journals both in India and overseas. He has guest starred on several television shows on entrepreneurship and franchising .

Shiv Khera, Global motivational Leader and speaker, once dubbed him as "Father of Indian franchising" in 2004 at one of India's biggest franchise forum and it is the title which has remained with him ever since. Recognizing that more and more people in India are investing into active businesses and taking on the entrepreneurial path, Gaurav wants to serve this community better. He wants to build Franchise India as a growth specialist helping entrepreneurs, through knowledge and service, on all aspects of buying, setting up and growing a business. 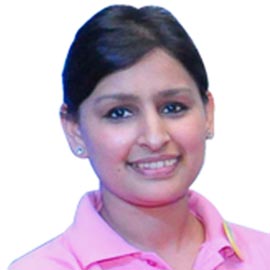 Ms. Sonya Chowdhry Grover started her career in Franchise India Brands Ltd. in 2004 as an Manager Franchise Support and rose to the level of Director-Planning and Strategy. Sonya's portfolio includes the development and consolidation of investment based Franchise Model for the clients' appointment of franchisee and spearheads the team that is dedicated for the overall success of the franchise program. She is instrumental for the launching of "Club City" that started with a single brand and proliferated to 14 brands in a period of 3 years. She is responsible for the business strategy, entry and expansion of the international brands in the Indian market. Sonya holds a MBA degree in Marketing from Institute of Management Studies, Ghaziabad.